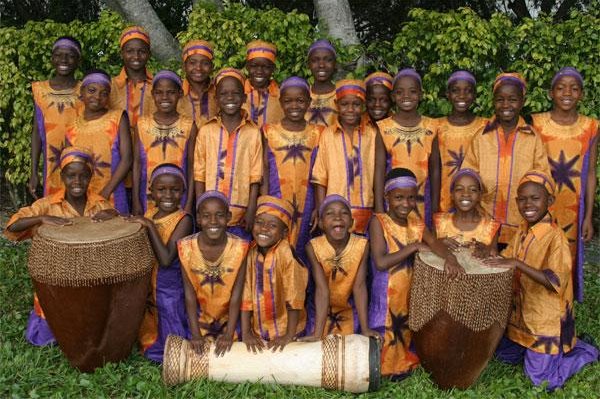 The Choir currently touring the East Coast of the United States will be arriving in Canada on February 15, 2006. This Choir is comprised of 22 children from Uganda. Two of the chaperones traveling with the children have been with the African Children's Choir since their own childhood; Florence was a child in Choir 4 and Jackson grew up in the first orphanage that the organization sponsored.

We are so proud of both Florence and Jackson as they completed college through sponsorship with Music For Life. This Choir began their tour in Miami, Florida in December of 2004. Their tour route consists of the east coast region of the United States. Early on in their tour, they performed in a concert opening for the Newsboys. They charmed onlookers as they sang in front of the Lincoln and Jefferson memorials on Capitol Hill in Washington DC. While in New York City they visited the statue of liberty and saw the city from the top of the Empire State Building.
Posted by Shelby at 4:23 PM

I added Uganda to my interest list on blogger and see that you list it also. I hope to travel to Uganda some day soon, maybe next year. My husband went there for Habitat for Humanity. Since his trip, he has been supporting the Royal College of Kamuli, a private secondary school, with a Christian foundation, near Kamuli for needy children, primarily AIDS orphans. The founder of the school has us listed as faculty members or something, because of our support.

Hope you enjoyed the concert.