People are so mean to Celebrities!! 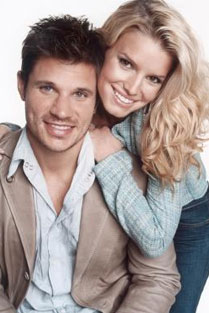 People say stupid stuff about celebrities that aren't even true! I thing the people that are write the magazines are really insecure!! People need to keep there noses in there own business! For exmaple Jessica Simpson's break-up heartache! It is there personal life!


Jessica Simpson is reportedly still "emotional" following her split from husband Nick Lachey.
The 'Newlyweds' beauty officially filed for divorce from the pop star on Friday (16.12.05) - and insiders say she's still upset about the collapse of their three-year marriage.
A source is quoted on America's People website as saying: "She's doing OK. She is emotional, and as upsetting as this is, she knows she made the right decision."

That might not be even true!
Posted by Shelby at 10:34 AM

Hey these people make huge amounts of money, they know the lifestyle they signed up for!